THE IMPORTANCE OF BEING SOCIALLY CONNECTED

Home/News/THE IMPORTANCE OF BEING SOCIALLY CONNECTED
Previous Next

THE IMPORTANCE OF BEING SOCIALLY CONNECTED 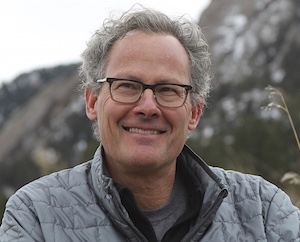 “What should we call this age we are living in?

The more names we pin on it, the more vaporous it seems.

Our digital lives may be making us more distracted, distant and drained, according to research presented at the annual convention of the 2018 American Psychological Association.

For instance, even minor phone use during a meal with friends was enough to make the diners feel distracted and reduced their enjoyment of the experience, one study found.

“People who were allowed to use their phones during dinner had more trouble staying present in the moment,” said Ryan Dwyer, MA, of the University of British Columbia, lead author of a study that was presented during a symposium on how digital technology is affecting relationships. “Decades of research on happiness tell us that engaging positively with others is critical for our well-being. Modern technology may be wonderful, but it can easily sidetrack us and take away from the special moments we have with friends and family in person.” 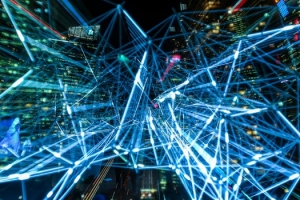 “The survey findings were especially notable because of the negative effects of phone use among university students, who are commonly known as digital natives,” said Elizabeth Dunn, PhD, of the University of British Columbia and co-author of the study and symposium presenter. “We assumed that this generation would be more adept at multi-tasking between using their phones and interacting with others, but we found out even moderate levels of phone use undermined the benefits of engaging with others.”

Another study presented in the session found that compassionate people spend less time on social media than people who are more self-centered and narcissistic.

More empathic people used Twitter less frequently than those who were not as caring and compassionate toward others, the researchers found. Also, people who were more likely to be able to see the world from another’s perspective did not spend as much time on Facebook and Instagram. Another interesting finding was that people who scored high on a test of reading others’ emotions used Twitter and Facebook less often.

“The moment information changed from a sense-making relationship between a living system and its environment (i.e. the real world), the moment it moved into virtual reality, we were doomed to lose our best human qualities. We didn’t lose our ability to discern and respond intelligently – we still do have brains. We forfeited these to machines that do it faster, with more hype, more allure, more seductions. We stopped being sense-making beings and succumbed to being senseless, distracted, not-quite-recognizable versions of what a human being is”.

Wheatley added that the list of what’s being lost is a description of our best human capacities – memory, meaning, relating, thinking, learning, caring. She acknowledges that there is no denying the damage that’s been done to humans as technology took over, what she terms “our own Progress Trap”.

This “Progress Trap” rolls on in the face of the juggernaut that some quarters have labelled “The 4th. Industrial Revolution”.

A wave of technologies – machine learning, artificial intelligence and robotics are the real headline grabbers – while virtual reality (VR), the internet of things, genome editing and 3D printing are also reaching a tipping point, moving from marginal to mainstream. They include:

While Siri can usually do the job (eventually), and Google Home is naturally an excellent fact finder, it’s Amazon’s Alexa that seems most compliant, and certainly the most ambitious virtual assistant. Alexa has 12,000 skills available – but beyond that, it will help us navigate and shop our way through Amazon’s expanding empire. Alexa and her ilk promise more fundamental change, a new post-app and ultimately post-screen landscape where virtual assistants become our voice-activated access point for services and information.

Tesla may grab most of the headlines surrounding driverless cars, but behind the scenes, the DRIVEN consortium has been busy cementing the UK’s reputation as a world leader in the development of autonomous vehicles – and out of Oxford, no less. Earlier this year (2018), DRIVEN unveiled three self-driving vehicles with level-four autonomy (capable of driving themselves most of the time) but expects to introduce level-five (fully automated) vehicles in the next few years. 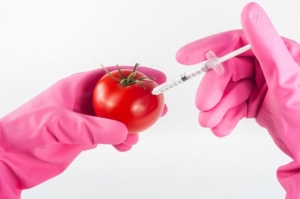 Cloning is out of the ethical spotlight and in its place is gene-editing – correcting defects, or even enhancing human embryos. And while the focus is now increasingly on preventing inherited diseases and less on creating designer babies, the potential for edited offspring is certainly there. Earlier this year (2018), scientists in the US edited a gene inside the body for the first time, in an attempt to tackle Hunter Syndrome by permanently changing the patient’s DNA.

AR glasses are expected to become the Fourth Platform in computing (after personal computing, the internet, and mobile) and the lead in the area is hotly contested by tech’s Big Five. Ultimately, AR glasses will overlay a constant stream of information onto the physical world. In the last year, Microsoft’s HoloLens has been generally accepted as the industry leader, allowing wearers to interact with content, information and holograms using their gaze, gestures and voice.

The space race, or at least the commercial one, is being contested by three of the world’s foremost tech entrepreneurs. Both Jeff Bezos (Blue Origin) and Richard Branson (Virgin Galactic) have promised to send tourists to space by the end of 2019, while Elon Musk has vested his interests in colonising Mars.

Cybersecurity Ventures, the world’s leading researcher of the global cyber economy, believes cyber-crime will cost the world $6 trillion annually by 2021. However, Glasswall, a new cyber security solutions provider is about to set a new industry standard that may signal a paradigm shift. Using unique, patented technology, Glasswall eliminates email-borne attachments threat by breaking down files to their component parts, fixing any deviations in real time, and regenerating them as new files that comply entirely with the manufacturer’s original standards.

By now, the conversation has moved on from how cryptocurrencies can disrupt the financial market, to who or what can compete with Bitcoin. But as Bitcoin’s sustainability gets called into question – its energy consumption now surpasses Ireland’s – Litecoin, Ethereum and a host of other currencies have come to the fore.

It might seem like VR has had some teething problems, and we’re not quite out of the woods yet, but the fact that Mark Zuckerberg’s Oculus Rift headset now has some stiff competition is a sign of things to come.

The race is on to create quantum computers on an industrial and commercial scale. These are computers that can operate at up to 100,000 times faster than a normal computer, can be powered with a millionth of the energy, and will be pivotal in developing ‘lightspeed electronics’. Researchers from the University of New South Wales have just designed a microchip that can finally integrate quantum interactions.

At the end of last year, all eyes were on Unity Biotechnology as it raised $116m in series B funding. Unity Biotechnology designs therapeutics that prevent, halt or reverse diseases of aging by selectively eliminating senescent cells. Having already proven that its senolytic medicine works on animal models, the company will initiate clinical trials this year (2018). If successful, Unity will be another step closer to its aim of “a future in which it doesn’t hurt to be old”.

Should we all be afraid ?

Pema Chodron’s teacher, Chogyam Trungpa, once said: “Someone has to plant the seed so sanity can be restored”.